I'm a Quality Assurance Engineer. A big part of my job is to find problems, then make sure that they are fixed and automated so they don't regress. If I do my job well, then our process will identify new and potential problems early without manual intervention from anybody in the team. It's like trying to automate myself, everyday, until I'm no longer needed and have to jump to another project.

However, as we work in the project, it's unavoidable that many small manual tasks accumulate on my hands. This happens because I set up the continuous integration infrastructure, so I'm the one who knows more about it and have easier access, or because I'm the one who requested access to the build farm so I'm the one with the password, or because I configured the staging environment and I'm the only one who knows the details. This is a great way to achieve job security, but it doesn't lead us to higher quality. It's a job half done, and it's terribly boring to be a bottleneck and a silo of information about testing and the release process. All of these tasks should be shared by the whole team, as with all the other tasks in the project.

There are two problems. First, most of these tasks involve delicate credentials that shouldn't be freely shared with everybody. Second, even if the task itself is simple and quick to execute, it's not very simple to document how to set up the environment to be able to execute them, nor how to make sure that the right task is executed in the right moment.

Chatops is how I like to solve all of this. The idea is that every task that requires manual intervention is implemented in a script that can be executed by a bot. This bot joins the communication channel where the entire team is present, and it will execute the tasks and report about their results as a response to external events that happen somewhere in the project infrastructure, or as a response to the direct request of a team member in the channel. The credentials are kept safe, they only have to be shared with the bot and the permissions can be handled with access control lists or membership to the channel. And the operative knowledge is shared with all the team, because they are all listening in the same channel with the bot. This means that anybody can execute the tasks, and the bot assists them to make it simple.

In snapcraft we started writing our bot not so long ago. It's called snappy-m-o (Microbe Obliterator), and it's written in python with errbot. We, of course, packaged it as a snap so we have automated delivery every time we change it's source code, and the bot is also autoupdated in the server, so in the chat we are always interacting with the latest and greatest.

Let me show you how we started it, in case you want to get your own. But let's call this one Baymax, and let's make a virtual environment with errbot, to experiment. 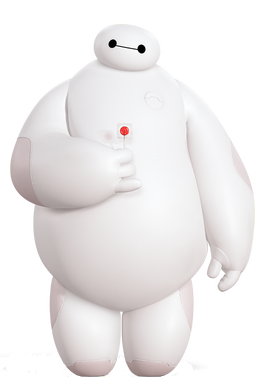 The last command will initialize this bot with a super simple plugin, and will configure it to work in text mode. This means that the bot won't be listening on any channel, you can just interact with it through the command line (the ops, without the chat). Let's try it:

tryme is the command provided by the example plugin that errbot --init created. Take a look at the file plugins/err-example/example.py, errbot is just lovely. In order to define your own plugin you will just need a class that inherits from errbot.BotPlugin, and the commands are methods decorated with @errbot.botcmd. I won't dig into how to write plugins, because they have an amazing documentation about Plugin development. You can also read the plugins we have in our snappy-m-o, one for triggering autopkgtests on GitHub pull requests, and the other for subscribing to the results of the pull requests tests.

Let's change the config of Baymax to put it in an IRC chat:

And in the config.py file, set the following values:

Run it again with the errbot command, but this time join the #snappy channel in irc.freenode.net, and write in there !tryme. It works ! :)

So, this is very simple, but let's package it now to start with the good practice of continuous delivery before it gets more complicated. As usual, it just requires a snapcraft.yaml file with all the packaging info and metadata:

And we need to change a few more values in config.py to make sure that the bot is relocatable, that we can run it in the isolated snap environment, and that we can add plugins after it has been installed:

One final try, this time from the snap:

And go back to IRC to check.

Last thing would be to push the source code we have just written to a GitHub repo, and enable the continuous delivery in build.snapcraft.io. Go to your server and install the bot with sudo snap install baymax-elopio --edge. Now everytime somebody from your team makes a change in the master repo in GitHub, the bot in your server will be automatically updated to get those changes within a few hours without any work from your side.

If you are into chatops, make sure that every time you do a manual task, you also plan for some time to turn that task into a script that can be executed by your bot. And get ready to enjoy tons and tons of free time, or just keep going through those 400 open bugs, whichever you prefer :)