After a little break, on the first Friday of February we resumed the Ubuntu Testing Days.

This session was pretty interesting, because after setting some of the bases last year we are now ready to dig deep into the most important projects that will define the future of Ubuntu.

We talked about Ubuntu Core, a snap package that is the base of the operating system. Because it is a snap, it gets the same benefits as all the other snaps: automatic updates, rollbacks in case of error during installation, read-only mount of the code, isolation from other snaps, multiple channels on the store for different levels of stability, etc.

The features, philosophy and future of Core were presented by Michael Vogt and Zygmunt Krynicki, and then Federico Giménez did a great demo of how to create an image and test it in QEMU.

Click the image below to watch the full session. 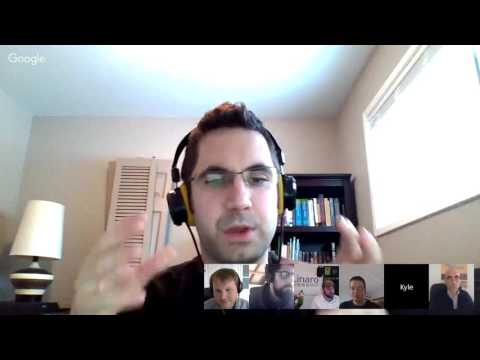 There are plenty of resources in the Ubuntu websites related to Ubuntu Core.

To get started, we recommend to follow this guide to run the operating system in a virtual machine.

After that, and if you are feeling brave and want to help Michael, Zygmund and Federico, you can download the candidate image instead, from http://cdimage.ubuntu.com/ubuntu-core/16/candidate/pending/ubuntu-core-16-amd64.img.xz This is the image that's being currently tested, so if you find something wrong or weird, please report a bug in Launchpad.

Finally, if you want to learn more about the snaps that compose the image and take a peek at the things that we'll cover in the following testing days, you can follow the tutorial to create your own Core image.

On this session we were also accompanied by Robert Wolff who works on 96boards at Linaro. He has an awesome show every Thursday called Open Hours. At 96boards they are building open Linux boards for prototyping and embedded computing. Anybody can jump into the Open Hours to learn more about this cool work.

The great news that Robert brought is that both Open Hours and Ubuntu Testing Days will be focused on Ubuntu Core this month. He will be our guest again next Friday, February 10th, where he will be talking about the DragonBoard 410c. Also my good friend Oliver Grawert will be with us, and he will talk about the work he has been doing to enable Ubuntu in this board.

Great topics ahead, and a full new world of possiblities now that we are mixing free software with open hardware and affordable prototyping tools. Remember, every Friday in http://ubuntuonair.com/, no se lo pierda.