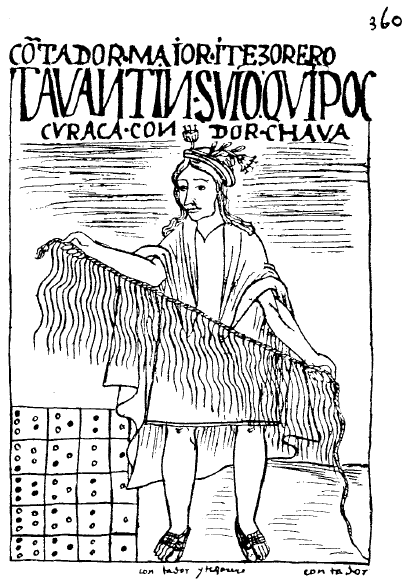 According to this wise man [Nordenskiöld], the indians placed in their tombs only quipus with numbers that for them had a magical value, expressing them not in a direct way but through others that included them or their multiples, and trying to make them coincide with the resulting numbers of calculations from consulting the stars. [...]. The purpose that lead the indians to such practice was to entertain, with this complicated "rebus", the evil spirits, who would struggle to untie the knots in the strings and find this magical numbering [...].

on Estudio sobre los quipus, from Carlos Radicati di Primeglio. (the translation is mine)

And that's how the incas invented the cipher with prime number factorization, the base of all our secure communications and cryptocurrencies. :D